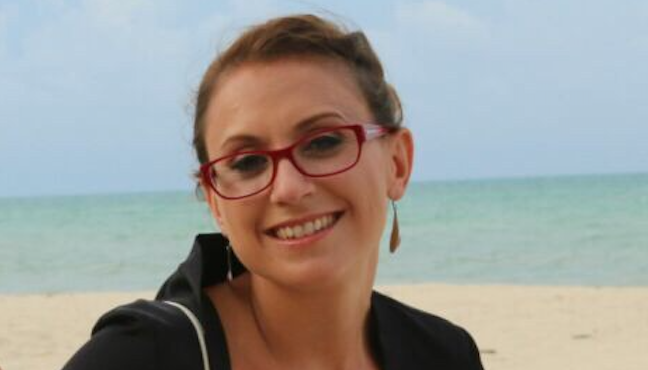 The case of Francesca Lessa was one of the cases that prompted the first gathering where the network Academics under Threat was established in Barcelona in 2018. In that gathering, researchers from different countries and disciplines shared their too often silenced stories of harassment and threats because of their research and teaching work at university.

Dr Lessa shares her experience below, which started in Uruguay in 2017. Having been the target of death threats, she has been unable to return to the country, where she was carrying out her research project with a grant awarded by the European Union through the University of Oxford, United Kingdom.

On 28 January 2017, Francesca Lessa, along with 12 other individuals, received death threats delivered via e-mail. Such individuals include Uruguay’s Defence Minister Jorge Menéndez; Prosecutor General Jorge Díaz; the former director of the National Human Rights Institution and Ombudsperson’s Office, Mirtha Guianze; lawyers Pablo Chargoñia, Federico Álvarez Petraglia, Juan Errandonea, Juan Fagúndez, Hebe Martínez Burlé and Óscar López Goldaracena; former Foreign Minister Belela Herrera; Brazilian activist Jair Krischke; and French jurist Louis Joinet. The message, issued by the so-called “Comando Barneix,” stated: “The suicide of General Pedro Barneix will not go unpunished; no more suicides will be accepted for unjust prosecutions. From now on, for every suicide, we will kill three people chosen at random from the following list.” Regrettably, this threat is part of what has become a pattern of intimidations faced by journalists, lawyers, anthropologists and human rights defenders in Uruguay in the past few years.

How did you experience what happened in Uruguay in 2017?

It was a revolution for me. My life changed overnight. I had to put on hold the project I had been working on for over two and a half years. The research focused on Operation Condor and used the Uruguayan case as a representative case. I chose Uruguay because most of the victims and of the survivors are Uruguayan citizens and, in addition, there are Uruguayan disappeared people and survivors in all of the countries involved in Operation Condor. The operation was an intelligence and coordination plan devised by the military dictatorships of Brazil, Argentina, Chile, Bolivia, Paraguay and Uruguay to fight left-wing opposition in the 1970s. My research project envisaged a follow-up of the Condor trial in Argentina and of the trials in Uruguay, along with the examination of state files in Uruguay, although gaining access to them is often difficult and somewhat limited. In fact, I was able to work in Uruguay for only four months, because when the threats were made, I was abroad and I could not return to the country, not even to pick up my belongings.

How did you find out that you were the target of death threats?

A Uruguayan friend let me know via WhatsApp. They heard the news on TV and got in touch with me. I tried to make some enquiries and I contacted the Uruguayan police, who confirmed the information. At that point, I had to inform the University of Oxford. They contacted the Italian Embassy to make an assessment of the actual danger that this posed for me and decided that I should not return to Uruguay. It might look like a hasty decision, but let us not forget that just one year before an Italian student, Giulio Regeni, who was doing a PhD in the University of Cambridge, had been tortured and killed in Egypt. In addition, I think that, in light of the scant interest shown by the Uruguayan justice and government in the issue, it was an appropriate measure.

What do you think was the purpose of the threats?

I think that it was basically an operation with a communicational purpose. This Commando wanted to use the names and figures of people committed to justice and the defence of human rights in order to, on the one hand, halt the judicial investigations that were finally moving forward in Uruguay after many decades of impunity and, on the other, instil a feeling of intimidation, that they were watching and controlling those people that, in their different roles as prosecutors, lawyers, investigators, etc were involved in the search for truth and justice for crimes against humanity committed by the Uruguayan state between 1968 and 1985.

What was the attitude of the Uruguayan justice? Did they open any investigations?

An investigation was opened because the Prosecutor General, Jorge Díaz, who received the e-mail directly in his inbox, filed a complaint. Since then, there has been virtually no progress. Over the course of these years, there has been a succession of prosecutors and judges in charge of the case, but we only had a few hearings in which those that received the threats gave testimony. So far, no other measures have been taken, nor has there been an investigation into the different leads that we provided to the authorities. I think that a thorough investigation should include, for example, an enquiry within the Armed Forces of whether someone knows or has heard of Comando Barneix, and of the linkage between this threat and all the others that have taken place in the country, in order to have a more comprehensive approach that goes beyond the specific case. Four years have gone by and so far, we know nothing, and nothing has been done. This passive attitude towards death threats leads me to believe that there is actually no will to find out who is really behind this. And this poses the risk of an outcome of normalisation of impunity and threat practices as a tool to instil fear in Uruguay.

How did the Uruguayan government respond to the complaint filed on account of the threats?

With total silence. We sent former president Tabaré Vásquez two letters of support and solidarity with those that had received the threats, one in 2017 signed by more than 150 researchers, intellectuals and journalists from 15 countries; and another in 2018, signed by over 500 people when a year had passed since we received the threats. The president never replied, nor did any other member of the government make a statement about the issue, not even to point out that death threats are a crime. The cherry on the cake was when the Uruguayan state was summoned by the Inter-American Commission on Human Rights in Buenos Aires in May 2017 and it did not appear in the hearing, thus showing its lack of interest in the issue.

How do you see your case in relation to the rise in threats in the past few years against those working and fighting in the human rights field in Uruguay?

In light of the indifference shown by the Uruguay government, it comes as no wonder why these intimidations continue to take place. In 2016, during the Tourism Week, the anthropologists’ office in Montevideo was broken into, computers and material were taken and a map of the city was left in the office marked with the home addresses of the team’s workers; in October last year, two sites in which anthropologists were doing excavation works in search of remains of disappeared people were violated and subject to thefts; in November prosecutor Jorge Díaz received another death threat stating that he would be killed in the street; in July, in Mercedes, journalist Juan Francisco Correa received “very serious telephone threats” after having published the news that one of the new members of the Lions Club of Mercedes, Óscar Omar Troya Soma, was part of the repressive apparatus of the state during the military dictatorship and faces accusations for tortures against civilians.

What is the current status of the case?

We are now at a key juncture as February 14 marks the fourth year after the complaint was filed and the prosecutor might close the case. Needless to say, we are against the closure of the case. We do not feel that the Uruguayan authorities have at any time over the course of these four years conducted this investigation in a serious and thorough manner.

What were the consequences of this experience for your research and your academic work after 4 years of the event and of impunity?

In 2017, I had to reorganise my project completely as I would not be able to access the files in Uruguay as I had planned or conduct additional interviews in the country. I was finally able to close the research, but almost two years behind the original schedule, and this was only thanks to the solidarity of many people that helped me to access other sources of information. Additionally, needless to say, the failure to investigate and identify those responsible means that any plans to travel to Uruguay for future research will be undermined by this threat. It will be very difficult for me to obtain an authorisation to travel in light of this precedent.

Have you turned to any international bodies or received support from other organisations?

In 2017, we received the support of many national and international organisations, such as the Luz Ibarburu Observatory and Amnesty International Uruguay, the Inter-American Commission on Human Rights (IACHR), the Center for Justice and International Law, the Washington Office on Latin America and Front Line Defenders, among others. Additionally, in February 2019, we filed a petition with the IACHR in which we complained that the Uruguayan state was violating its obligation to respect the right to personal liberty and integrity, judicial guarantees, equal protection of the law and judicial protection. Two years later, we are still waiting for the IACHR to notify the petition to Uruguay.

Do you have any recommendations for universities whose staff may face this type of situations? How do you think universities and institutions funding scientific research might better support researchers at risk?

These are difficult questions to answer, but I think that progress can be made on many fronts. First, it is absolutely necessary to stop invisibilising these situations, which are more frequent than what one would imagine. Academics and researchers are increasingly exposed to situations of risk created by state and parastate agents. It is necessary to speak about this issue and see how these situations can be prevented. Second, universities and other institutions should set up action protocols to deal with similar situations and support researchers facing them. Such protocols should be sufficiently flexible, as each situation is different, and the specificities of each case should be analysed so as to provide the victims with a better response and strategy. Third, universities should voice in more categorical and clear terms their rejection to the authorities’ failure to investigate most cases involving threats, as we know all too well that impunity only emboldens the perpetrators and favours the occurrence of similar situations in the future.

Further information on the absence of progress in the case and the investigations into the death threats issued by Comando Barneix in 2017 and the potential application of a time-bar in February 2021 can be found in the following report.